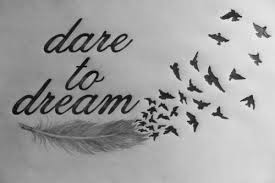 Are you a leader wondering if the vision you have for your life, your organization, and the larger purpose you want to serve, is ever going to materialize, or if it really matters?
If the answer is “yes” then there may be a message for you from The Shawshank Redemption, a 1994 American drama film written and directed by Frank Darabont and starring Tim Robbins and Morgan Freeman. It is ranked #1 in IMDb’s “Top 250” list based on over a million votes.
The film tells the story of Andy Dufresne, a banker sentenced to life in Shawshank State Prison for the murder of his wife and her lover despite his claims of innocence. In the early part of his stay, Andy, clearly an intellectual with a very different background from the other hardened “lifers,” is considered an easy target by the inmates. Probably an unremarkable man in his former life Andy becomes, over an extended period of time, a hero for the other prisoners.
There is a scene in which Andy, who has been entrusted with taking care of the prison library discovers a box of vinyl records. Finding a recording of Canzonetta sull’aria from Wolfgang Amadeus Mozart’s “Marriage of Figaro,” he locks the door to the Warden’s office, switches on the sound to all the megaphones around the entire prison and broadcasts this beautiful song to the entire prison – which includes men who have not heard music for twenty years.

One of the inmates, Red, says, “I have no idea to this day what those two Italian ladies were singing about … I like to think they were singing about something so beautiful it can’t be expressed in words, and makes your heart ache because of it.
I tell you those voices soared, higher and farther than anybody in a gray place dares to dream. It was like some beautiful bird flapped into our drab little cage and made those walls dissolve away, and for the briefest of moments, every last man at Shawshank felt free.”
When the Warden bangs on the door for Andy to turn the music off, Andy looks him directly in the eyes and turns it UP, earning him two weeks in the hole (solitary confinement – the hardest time you can do). When he gets out his fellow inmates ask him about it.
“I had Mr. Mozart to keep me company… It was in here, and in here (taps his head and his heart). That’s the beauty of music, they can’t get that from you. Haven’t you ever felt that way about music?” – Andy
“I played a mean harmonica as a younger man. Lost interest in it though, didn’t make much sense in here.” – Red
“Here is where it makes the most sense. You need it so you don’t forget.”-Andy
“Forget?”- Red
“Forget that there are places in the world that aren’t made out of stone, that there’s a, there’s something inside that they can’t get to, that they can’t touch. That’s yours.” – Andy
“What are you talking about?” – Red
“Hope.”- Andy.
Interesting that when it hit the big screen, The Shawshank Redemption was a box office failure – and now it is considered one of the best movies of all time. I wonder how the director felt when his movie failed to impress Hollywood; and how he feels now?
Andy didn’t plan to be a leader when he arrived in prison. At first all he wanted to do was survive. Later, all he wanted to do was escape – which he did in the end. But not before he had changed the lives of almost every inmate in that place. Not before he had imprinted on them the message that there is something which no one can take away from you; and that if you follow that like the holy grail, it will set you free. In solitary confinement it was the memory of Mozart’s music which was still playing in his mind’s ears which sustained him. In the longer term it was hope that saved him – hope in a life beyond the gates of the prison. A life which he could, through his intelligence and ingenuity, make possible.
What is the obstacle which is holding you from achieving everything you know is possible? What is it the gift that no one can take away from you? What is the message you want to give to those who fall in your circle of influence which will inspire them to find the strength inside themselves and the guidance they need from others in order to achieve the fullness of their potential?
Dare to dream, and follow that dream as if your life depends on it.
‘You see things and you say, Why? ‘But I dream things that never were, and I say, Why not? (George Bernard Shaw)
Posted by Juliette Gyure, leadership, team and life coach and director of Farsight Change and Transition Coaching.